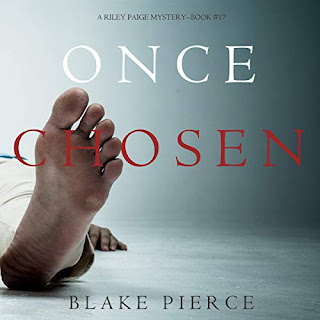 A serial killer strikes every Halloween - the bodies of his victims resurfacing years later - and with Halloween only days away, it is up to FBI Special Agent Riley Paige to stop the killer before he strikes again.

How has this killer gone undetected for so long? How many victims have there really been? And who will he target next?

FBI Special Agent Riley Paige must fend off her own demons and her dysfunctional family life as she races against time to enter the mind of a diabolical killer days away from striking again - one who may even be more brilliant than her.

Can she stop him in time?

This series started out with a different narrator and I much prefer the first one.  While I love this series I really hope that this is the last book since it does seem to wrap so much up in the end.  It would be interesting to see where her children go in life but I feel complete and satisfied in the way this ended.
Riley seems to be on the verge of a relationship with her partner but will this one work out? While still trying to figure out their relationship status Riley is called out to a crime scene with a rookie partner.  Bodies are turning up years after they were abducted, but why now?
As Riley tries to figure out how to work with her eager new partner who doesn't seem at all disturbed by death and its many indignities, she is bothered by her budding relationship with her normal partner. Can she push aside the resentment of working with this young woman and solve the case or will she let her emotions get in her way?