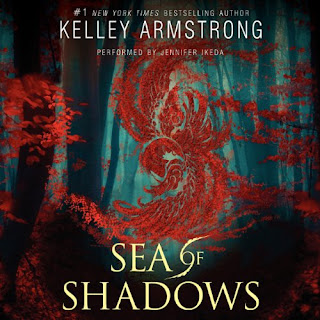 Twin sisters Moria and Ashyn were marked at birth to become the Keeper and the Seeker of Edgewood, beginning with their sixteenth birthday. Trained in fighting and in the secret rites of the spirits, they lead an annual trip into the Forest of the Dead. There, the veil between the living world and the beyond is thinnest, and the girls pay respect to the spirits who have passed.

But this year, their trip goes dreadfully wrong.

With all the heart-stopping romance and action that have made her a #1 New York Times bestselling author, and set in an unforgettably rich and dangerous world, this first epic book in the Age of Legends trilogy will appeal to Kelley Armstrong's legions of fans around the world and win her many new ones.

Twin sisters flee their home and city after they are ravaged by creatures they thought were not real. One leaves with a young man who had survived the Forest of the Dead for a year, and the other escapes with a guard whose father was exiled for magic.  With their familiar beasts in tow the girls travel to get a message to the Emperor. But the message they bring is one of war and deception.  Now both girls are struggling with how to save the children of their village.
This is the first book in the series and was complex but very interesting.  It is labeled as a YA romance but there wasn't much romance in this book, however you did see sparks starting.  This is a world of magic but the drama unfolding is that of man, one in power, the other wanting to take that power and the innocent lives that are destroyed along the way.  This trilogy is off to a good start I am curious to see how it all plays out in the end.  If you are a Game of Thrones fan this is a more watered down YA version of the fight for control. With spies everywhere and not knowing who to trust its hard to know what is right and who is lying.  Kelley Armstrong never disappoints so but even this is a bit different than the other books of hers Ive read.  The narrator is also very good at moving the story along and helping to navigate this complex story line.