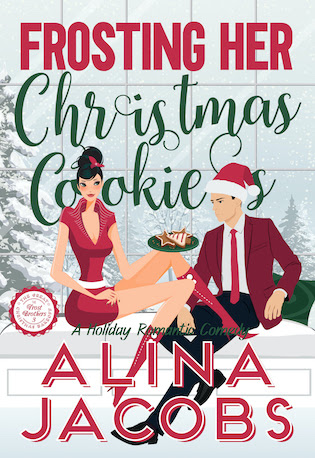 Dear Santa, I do not want a Frost brother for Christmas.

In fact I do not want anything for Christmas—no annoying Christmas carols, no holiday family drama, and no last-minute presents.

And I certainly don’t want to be a bachelorette in The Great Christmas Bake-Off. Yes in the spirit of holiday commercialism, the bake-off is also a date-off and Jonathan Frost is the prize.

I should be hiding away with wine and snacks while waiting for Christmas to end. Instead I’m wearing a reindeer mascot costume and pretending I’m oh-so-excited to meet New York City’s most eligible billionaire bachelor!!! Just look at those blue eyes and six-foot-five tall frame!!! Don’t you want to take him home for the holidays?!?!!

Unlike the other bachelorettes, I refused to debase myself and stroke some billionaire’s ego.

Then I laughed when he yelled at me.

Of course Jonathan couldn’t take the hint. He came around offering to put a little frosting on my Christmas cookies.

I attempted to shank him with a spatula.

He got offended and said that as a judge on The Great Christmas Bake-Off, he was just trying to help.

Not that I’m looking for holiday romance.

Christmas is already a stressful time of the year without adding a billionaire in the mix.

Between dodging bake-off sabotaging cousins, applying for a long-shot prestigious museum internship, and trying to survive being broke in Manhattan, I’m up to my black lipstick in my own special nightmare before Christmas.

And it’s making me wound tighter than a nutcracker.

So when Jonathan offers to put some frosting on my cookies—and a few other ornament shaped parts—his washboard abs and sexy smirk start to seem like the perfect stress relief.

Especially when he offers himself all wrapped up in a bow.

So no, dear Santa, I do not want Jonathan Frost, but I won’t say no to his Christmas package!

Frosting Her Christmas Cookies is a standalone holiday romantic comedy. If you love Christmas baking, hilarious holiday hijinks, and a big thick Christmas stocking, then pick up this full-length, steamy romance novel! There are no cliffhangers but there is a very merry (Christmas!) ever after!

I stiffened. “I need it after dealing with you,” I said to Jonathan.

“I can’t have you in here ruining the atmosphere,” he said, spinning the barstool around to have me face him. “You’re like roadkill that dragged herself in here.”

“Ah yes, because a billionaire with delusions of adequacy is someone whose opinion I care about,” I shot back.

“I am way more than adequate,” he said, striking a pose. The glow from the expensive fixtures highlighted the slight bruise on his perfect face.

“Just that dildo-shaped bruise on your face,” I replied, sipping my drink. “Your company has our first meeting all over its feed. Better than the basic images you have up there now. At least people can laugh at the spit flying out of your mouth when you ran into my candy cane instead of dying from boredom at those images you’re posting.”

“You’re just jealous,” Jonathan retorted, eyes narrowing as he leaned over me. “I have one of the best marketing firms in the city working on my social media push.”

“Says the woman wearing a reindeer costume,” Jonathan shot back. He reached out and hooked two fingers right at the neckline of the costume, pulling me forward slightly. “At first I thought you were wearing it under duress, but you’re still parading around in it. Like you said, you can’t buy taste.”

Our friend Emma was hovering behind her.

Jonathan jerked his hand back then looked between Lilith and me wildly.

Lilith and I glared in unison—or tried to. Lilith was dressed in her standard gothic garb, while I was bedecked for Christmas.

Jonathan turned on his heel to leave then looked over his shoulder at me. “I’d tell you good luck on the competition, but after your little stunt, everyone is going to put you in last place.” 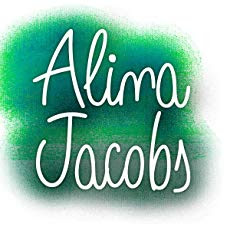 If you like steamy romantic comedies with a creative streak, then I'm your girl!

Architect by day, writer by night, I love matcha green tea, chocolate, and books! So many books...