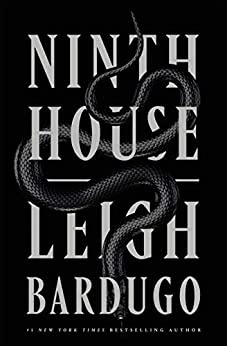 Galaxy “Alex” Stern is the most unlikely member of Yale’s freshman class. Raised in the Los Angeles hinterlands by a hippie mom, Alex dropped out of school early and into a world of shady drug-dealer boyfriends, dead-end jobs, and much, much worse. In fact, by age twenty, she is the sole survivor of a horrific, unsolved multiple homicide. Some might say she’s thrown her life away. But at her hospital bed, Alex is offered a second chance: to attend one of the world’s most prestigious universities on a full ride. What’s the catch, and why her?

Still searching for answers, Alex arrives in New Haven tasked by her mysterious benefactors with monitoring the activities of Yale’s secret societies. Their eight windowless “tombs” are the well-known haunts of the rich and powerful, from high-ranking politicos to Wall Street’s biggest players. But their occult activities are more sinister and more extraordinary than any paranoid imagination might conceive. They tamper with forbidden magic. They raise the dead. And, sometimes, they prey on the living.

Free on Kindle Unlimited.  Alex is a girl from the wrong part of town.  Covered in tattoos with a questionable past Alex finds herself being offered the gift of a lifetime.  A Yale education and the proposition of joining a secret organization, Lethe, that oversees the 8 houses of magic on Yale's campus.  As a girl who has seen ghosts most of her life and knows she is in trouble Alex jumps at the chance.
I love that Alex is not easily led, that she has a moral compass based on the streets, and that even though she knows she doesn't fit into the whole Yale persona she will try, until it doesn't fit her anymore.  Alex is strong, motivated woman who doesn't know her own strength or power.  She doesn't really know why she sees ghosts or what that means but she hopes to find answers at Lethe.  Unfortunately what she finds is entitled kids playing with things that don't fully understand and using it to their own advantage and that just doesn't sit right with Alex.
I found this book refreshing and new.  It wasn't something that I had read before in a different skin but something new and fresh.  I loved Alex and came to love Dawes as well. There are many great characters and many ways in which the author can take this story in other books.  I now understand all the hype around this book and have to agree this is one that you shouldn't miss.