Skip to main content
Labels
Posted by Heidi (ReadingGrrl) May 25, 2021 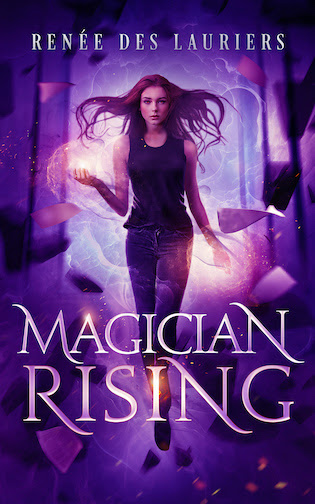 Dark powers she can’t control. Deadly hunters tracking her down. Can she rip the target off her back before it turns fatal?

Jun Bear has lived with bad luck all her life. And when a professor threatens to give her a failing grade, the college senior sees her hopes for graduating in two months going down another ill-fated drain. But her fortunes plunge further when an unnatural earthquake shakes the campus and unleashes cold-blooded assassins after her head…

Unsure what’s happening, Jun finds herself facing a trained killer intent on exposing the wielder of the dangerous magic. And when she’s provoked into revealing her unexpected new abilities, she’s determined to prove her innocence before she’s permanently eliminated.

Can she win over an ally and survive a bloodthirsty secret society fixated on wiping her out?

Jeff scowled. If this punk stole something, would he get fired? If it was the wrong thing, maybe. So Jeff stopped at the end of the aisle, straightening cans, just close enough to notice the kid was muttering to himself. Jeff sidled closer.

But that didn’t stop the boy from pulling something off the shelf, ripping it open, and eating it right in front of him. Oh, hell no.

“Umm, are you going to pay for that?”

The kid ignored him, jamming another handful into his mouth.

“Hey, kid, I said…” Jeff trailed off. The kid was shoving batteries into his mouth, chomping on them like they were carrot sticks. What the fuck?

As he stared, the kid dropped the package of AAs and ripped into another. Chewing and snorting like a pig as he ate.

“Is this some sort of reality TV show?” Jeff looked over his shoulder. “Kevin? Maggie? You can come out now, I’m not buying this. It’s not funny. You can stop now.”

But no one answered. There was no hey, you got me. No hidden camera crew came out and explained what was going on. Just some weird kid making his way through a twenty count package of batteries. Must be drugs then. People did all sorts of crazy things on drugs.

The kid turned and smiled in a rictus of jagged teeth, ringed with blood. His pupils were constricted into sharp points that didn’t meet Jeff’s gaze as he crammed the last handful of batteries into his mouth.

Renée was raised by a folk singer and an accountant to be analytically creative. From thirteen, she played guitar and sang on stage at coffee shops. She also oil painted and wrote poetry on odd paper scraps. Besides writing, Renee has worked as an emergency medical technician and a high school English teacher. Now she lives in California with her family.