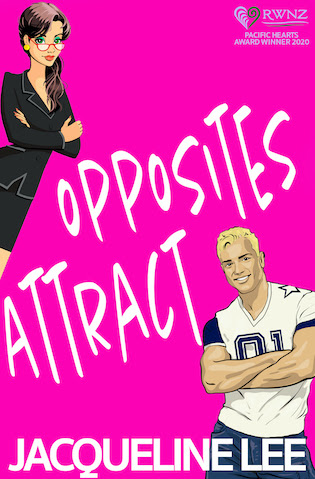 Megan is nerdier than all of the characters on The Big Bang Theory combined. But it’s a fabulous form of revenge that the same traits she was tormented for in high school have helped her land her dream job as a science journalist in New York and her dream apartment with fellow nerd, Josh, who is potentially her dream guy. The only problem is Josh’s brother, Brandon, is constantly around blocking any attempts to create a romantic atmosphere. Megan nurses an oversized grudge against jocks due to a past traumatic experience. The fact that Brandon’s a professional football player whose new favorite sport is mocking her only increases her fantasies of feeding him to a giant carnivorous plant.

Brandon’s life might look perfect, but he’s got a massive hang-up about his intelligence, a hang-up which is aggravated by all the verbal sparring with Josh’s new roommate. Even worse, it appears Science Barbie is falling for his deeply closeted brother. Why does he care so much about preventing the impending disaster? But the more time he spends with Megan, the more he realizes the sparks between them have the potential to ignite into something amazing.

Living with Josh is as great as I expected. We move from roommates to friends seamlessly over the next fortnight, and inside me there’s a little spark of hope that the next progression might happen just as naturally.

Unfortunately Josh shows no sign of being interested in me romantically. And trust me, I’ve been searching for signs more actively than UFO enthusiasts search the night sky. Because there is no way I’m going to put myself out there and risk all the potential awkwardness unless I’m absolutely certain my feelings are reciprocated.

One Saturday night we’re heading out the door together when Brandon arrives. I swear Brandon spends more time at our apartment than he does at his own. Josh seems to enjoy his company, so I’ve bitten back my complaints.

“We were just going to grab some frozen yogurt. You want to come?” Josh asks him.

I let out a breath I didn’t even realize I was holding. It’s not just that I want to spend time alone with Josh. Somehow, when Brandon’s around there’s always this weird tension buzzing between him and me, and not just when we’re trading insults. It’s like antimatter—one of those phenomena science can’t find an explanation for.

Josh ducks back into his room and emerges holding a red baseball cap and dark sunglasses. “Here.” He thrusts them at Brandon, who puts them on.

I raise an eyebrow. “Is there a reason why you’re dressing Brandon up like that even though it’s mid-January, forty degrees, and dark outside?”

“We’ve got to cover up Brandon’s beauty or the girls start mobbing him,” Josh says.

I roll my eyes. I have to concede, Brandon is male-model gorgeous. However it’s egotistical of him to assume that females can’t control themselves around him.

“Yeah, I understand. I struggle with the urge to mob Brandon daily.” My words are deep-fried in sarcasm.

“And yet you find the strength to resist,” Brandon says.

“It’s my superpower,” I reply.

We head into the elevator, also known as taking your life into your own hands. I swear the metallic groaning and creaking gets worse every time.

Brandon stands next to the door, and as I lean past to press the button I catch a hint of his cologne. He smells like a fresh mix of lemon and cedarwood, two of my favorite scents. I have to restrain myself from shuffling closer to him. After just mocking the idea of mobbing him, planting my nose on his skin might be slightly hypocritical.

We make it to Frozen Palace and I volunteer to queue up while Brandon finds a booth near the back and Josh heads to the bathroom.

I’m studying Frozen Palace’s poster that’s inviting me to suggest my own new flavor of yogurt, when a guy sidles up behind me.

“Excuse me, is that Brandon Seaton you just came in with?”

I turn to look at the guy. He’s the pure definition of a jock, in letterman jacket and jeans. His two friends standing beside him are dressed identically.

“Um…yeah.” My shoulders have hunched up automatically. I force myself to unclench.

“Do you know him from somewhere?” I ask.

He gives me a weird look. “Yeah, I know him from football.”

“Oh, do you guys play on the same team?”

The guy’s look morphs into astonishment, and he starts to chuckle. “Yeah, sure we play on the same team. I’m the starting receiver, didn’t you know?”

He and his friends crack up laughing. Heat tracks up my cheeks. Jocks. I frigging hate them. Especially when I’m the butt of a joke I don’t understand.

And I really don’t understand what’s going on now, because as I collect our orders and weave my way back to the table it’s like I’ve stumbled into one of the sixth dimension’s alternative universes. I can hear Brandon’s name echoing around, like the walls are whispering it. I put the tray on the table with a thump.

Brandon looks at my face and frowns. He’s taken off his sunglasses but his cap remains in place. “What’s up?”

I don’t want to admit I’m hallucinating his name. I’m about to tell him I ran into his friend, when suddenly the friend turns up at our table.

“Sorry to disturb, but can I grab an autograph?” He thrusts a pen and napkin at Brandon.

My forehead wrinkles in confusion as Brandon puts on a smile. I know Brandon well enough to know it’s a fake smile. But he obediently picks up the pen and signs the napkin.

“Your friend wanted to know if we play on the same team,” the guy chortles.

Brandon glances at me. I give him a flat glare back.

“Yeah, she’s not really into football,” he says.

Sidling back in my seat while he talks to the idiot guy, I shield my phone from scrutiny while I google Brandon. What I read makes me swallow hard. Twice.

Right, so apparently there are some negatives about determinedly remaining ignorant about everything in the football universe.

Like not knowing your roommate’s brother is the FREAKING STARTING QUARTERBACK FOR THE NEW YORK GOLIATHS. 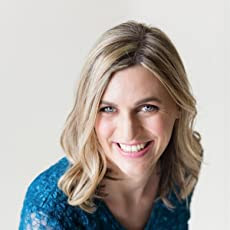 Jacqueline Lee is an award-winning romance author who writes stories with heart and humor. She loves writing characters who have fun with each other while building a deeper connection. Formerly a high school biology teacher, Jackie is living her own version of happily-ever-after with her husband and three children in New Zealand.