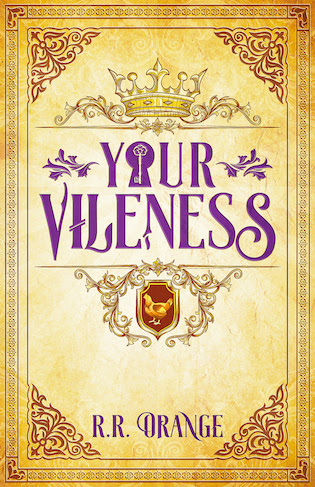 Amandine Klinghoffer is a daring young detective working on her first independent case in the fabled kingdom of Glamwein.

Was there a murder in the royal palace? And if so, who stands to benefit from plaguing the prince with ghosts?

Prince Ivan, the lazy, cowardly, good-for-nothing embarrassment of the realm is hiding something.

He would rather profess his undying love for Amandine than give her any useful information. He is obviously using romance to distract her from finding the truth.

As Amandine investigates with Ivan’s “help” she begins to suspect a plot that threatens the fate of the entire kingdom and its magical beings.

The staircase terminated in a heavy wooden door that concealed whatever lay ahead. It looked like an ordinary door, but she sensed foreboding and gloom as if they were etched into its wooden panels.

A rush of cool air caressed her face, bringing the scents of burnt sugar, oranges and gingerbread treats the spectators were enjoying below. She stood in a broad, open-aired gallery just below the belfry—the rope dangled down through an opening in the ceiling, and she could have reached for it to ring the bell.

Without wasting another moment, Amandine drew the pistol from her left pocket and fired a bolt of energy behind and above her. The crackle of electricity was brief, but as she turned around and beheld the octopus-like limbs of the Strangler writhe wildly and fade into nothingness, the piercing scream of the ghost went on for quite a while until it too faded along with any traces of its physical existence.

“In broad daylight,” she muttered, “the nerve of it.”

Then she remembered someone else had quite a nerve.

“You knew this was here,” she stated, facing Prince Ivan, who stared at her with his big blue eyes, dumbfounded.

“That was impressive,” he finally said, his charming smile returning.

“You led me here on purpose,” she continued.

Stranglers were not dangerous and technically, being incorporeal, could not really strangle anyone. They did like to wrap their tentacles around a human victim, instilling a sense of dread, misery and damp coldness. No one had ever died from it, but some people had been known to faint from sheer terror.

“Damn, Klinghoffer,” Ivan said, evidently forgetting his resolve not to swear and walking into the dark corner where the spectre had been moments ago, “You destroyed it without a trace.”

“I should hope so. The electrical charges in this weapon are strong enough to unbind the faint energy keeping ghosts in our physical world. And it’s Mademoiselle Klinghoffer to you. Actually, I don’t even feel like speaking with you after you lured me here, hoping to embarrass me.”

“Just another test of your skill,” Ivan said, looking completely unconcerned by her anger.

Her face moved of its own volition into a cynical smile. “Your surprise at my success tells me you expected me to fail.”

“But how did you know where to aim?” he asked, ignoring the accusation, “You fired the shot without even turning around.”

She shrugged, trying not to be softened by his admiration for her skill. “After a while, you develop a sense for these things.”

Amandine did not feel hurt exactly but perhaps slightly saddened by the fact that he was just as predictable as her schoolmates had been. Even his ruse of luring her into a haunted church proved fairly weak and pathetic.

“I wonder what sort of thing died to create that?” he asked.

“It’s not one thing but two or three people whose fates were intertwined in unfortunate ways. If they’re unlucky enough to die at the same time or in fairly close succession, the resulting ghost is a Strangler.” Amandine explained. “Anyway, I shall make my way to the royal palace now. I don’t suppose you actually brought me up here to see the Fairy News.”

He made to take hold of her hand, but Amandine dodged his grasp. She had little interest in being led about by this royal manipulator. He looked hurt, or pretended to.

“Oh, come now,” he coaxed, “haven’t you ever heard of letting bygones be bygones?”

“A very Glamweinian sentiment,” she remarked, standing aloof and folding her arms close to her body.

“True, we don’t like to hold on to grudges. We like to say, ‘if you look back, you get a smack.’ Isn’t it a wonderful tradition?”

“Sounds a little violent,” Amandine said, “I think it’s wise to look back and learn from your mistakes, especially when the most recent incident only happened a few seconds ago.”

Ivan kneeled down on the grey stones, opening his arms dramatically.

“I beg your forgiveness, fair Klinghoffer,” he said in a solemn voice, his lips quivering as he suppressed a grin, “and I promise, no more pranks while I show you the Fairy News.”

He leapt up and rushed to the edge of the gallery where a tall arch framed his dapper figure. “It’s already started!” 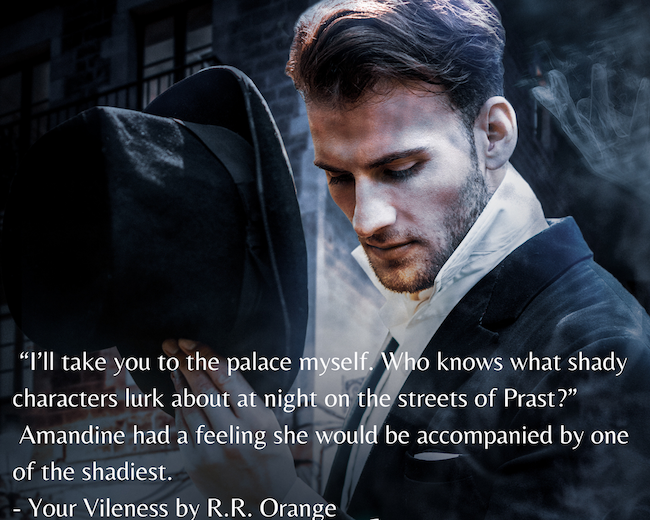 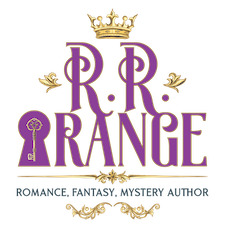 R.R. Orange has a Master’s Degree in Creative Writing. She has worked as an English and Creative Writing instructor, a marketing writer, and a dog walker. Although she loves dogs, she is not a dognapper, unlike some of her characters.

Fun fact: she is also fluent in Russian, French, and intermediate in Portuguese.