BOOK TOUR, REVIEW & GIVEAWAY: With You (A Perfectly Stated Novel) by JM Walker

Our world changed five years ago, and it left behind this gaping hole in our relationship.
We were now trying to figure out a way to move past a tragedy without losing ourselves in the process.
Married, with a son, we needed to communicate but neither of us wanted to talk about our loss. Instead, we focused on our little boy.
Finally, after having had enough, we took a trip, learned new things about each other, and fell into an even deeper kind of love.
We revealed new truths about one another and because of that, we could come out of this stronger in the end.
Author note: With You is part of the Perfectly Stated Series but Meadow and Shade can originally be found in With Us, book 2 in The Next Generation Series. With You is a continuation of their story and is 5 years after With Us takes place.

Short little novella, I wish I had read the rest of the series before this book.  Both of the characters lost their third, Sunny, and have been struggling to maintain their relationship and raise their son while still grieving his loss.   As the 5th anniversary of his death approaches Shade and Meadow take a weekend away to rekindle their relationship with a piece missing. Sunny was the dominant in the relationship and while Shade certainly has those qualities he prefers to be dominated by his wife Meadow.  Trying to figure out a balance so they both get what they need without Sunny hasn't been easy.

This is a steamy little read but you definitely should read more about Sunny, Shade and Meadow before this one.  You can feel the grief in this one but it would be even more potent if you had read about their romance prior to Sunnys death. I had to rate it one down just simply due to not really having a handle on the characters and the relationship between all of them.  Had I read the others I am sure it would have been a 4. 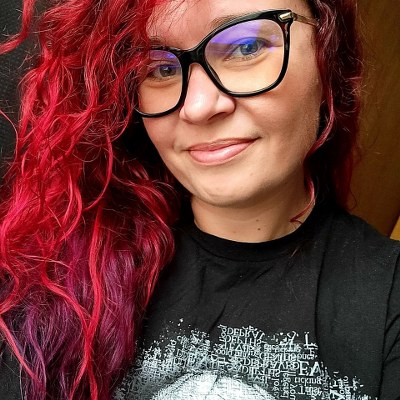 J.M. Walker is an Amazon bestselling author who hit USA Today with Wanted: An Outlaw Anthology. She loves all things books, pigs and lip gloss. She is happily married to the man who inspires all of her Heroes and continues to make her weak in the knees every single day.