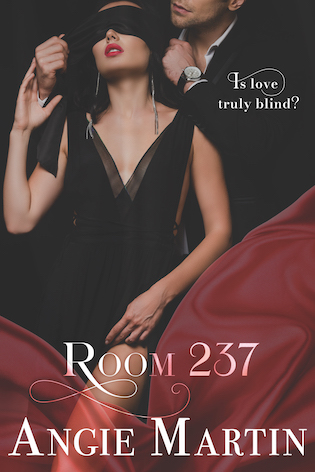 One year after leaving her cheating boyfriend, Laney Holden can’t catch a break with men. After a year of blind dates that go nowhere, she grows jaded against the male race, even with the choice men at work. When her best friend comes up with a new plan for her love life, Laney follows along, hoping to find something different.

What waits for her behind the door of room 237 in The Club is nothing like she ever expected. She meets with Alex, a mysterious man who captivates her the first time she hears his voice. He’s quite possibly everything she ever wanted in a man, except he demands she’s always blindfolded, and it’s only casual sex.

With every steamy, blind encounter that follows, Laney’s confidence grows, and she explores her world in ways she never dreamed possible. But she also becomes a little too attached, and every night brings her closer to the moment when the blindfold must come off. Will seeing Alex for the first time alter their intense chemistry? Or will it fulfill Laney’s deepest desires?

A noise beside my desk grabs my attention. I turn my head to see Dylan Weston dropping mail into my inbox. I look up and smile at him. He half-smiles back in that shy way that I’ve come to both adore and beat my head against a wall over.

When Dylan walked into our building almost two years ago, I believe I heard the distinct sound of every vagina gulping at the same time, immediately followed by a thousand gossiping whispers. He’s a great-looking guy, to be sure, but all the squirming and scheming soon came to a halt when we discovered the truth about Dylan. He’s an introvert, quite possibly the biggest one ever created. He can barely get a single word out without drowning in a pool of “ums” and “uhs.” Even then, his voice quiets to the point that dropping pins sound like nuclear bombs in comparison.

Dylan is incredibly nice and polite, though, and I’ve heard he’s a very hard worker as the assistant manager in the mailroom. It’s not a prestigious position, not like a doctor, but I admire anyone who takes their job seriously, no matter what that job might be. He’s also not too uppity of a manager to deliver mail to our desks from time to time, like he is today, and that scores extra points with me. Still, I can’t seem to manage to get even part of a sentence out of him.

Even though I was dating Keegan for the first year of Dylan’s employment, I still found Dylan attractive. I probably would have dumped the cheating bastard in a heartbeat if Dylan had come around, even though I really can’t explain how that could happen or why I would think that since he never talks to me or anyone. But the man is worth every ounce of drool that has fallen out of my mouth thinking about all the fun I could have with him.

Dylan Weston is one of four men on my official list of office to-dos, my Fab Four, but since all we ever share is the occasional half-smile, he crossed himself off my list without my consent. Probably in blue ink, too. Of course, I keep torturing myself by adding him back on there.

I watch him walk away from my desk now, and my eyes follow the heavenly roundness in the back of his jeans. I love the person that invented casual Fridays. They should win the Nobel Peace Prize. The view of Dylan’s own casual wear lingers in my mind long after he’s turned the corner to deliver mail to some other lucky girl. Even on the days I hate my life, I wish I worked in the mailroom. At least I could stare at something pretty all day long. 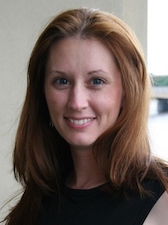 I live in beautiful rural Tennessee. I grew up in Wichita, Kansas and have lived all over the United States.

I have released several novels in the suspense/thriller, paranormal/supernatural thriller, and horror genres. I also have poetry and short story collections and have contributed short stories to multiple anthologies. Conduit has earned Bestseller on Amazon in the US and UK. Conduit, The Boys Club, and Chrysalis have all won highly respected awards, while Conduit, The Boys Club, and False Security have also had blogger and reader-voted awards bestowed upon them.

As a reader first, writer second, I love to discover new authors. My entire life has revolved around imaginary worlds contained within the covers of a book. My aunt introduced me to Stephen King and a little book called Christine in eighth grade, and my life was never the same. As a geek-extraordinaire, I love comics and graphic novels, and also review those, along with the occasional movie and book, as a guest contributor for Fanbase Press.